The Avatar As A Master, SPH Bhagavan Sri Nithyananda Paramashivam

SPH Bhagavan Sri Nithyananda Paramashivam is from a small town in South India called Thiruvannamalai and is known today by hundreds of thousands of people as The Avatar of this day and age. The headquarters is a growing city on the outskirts of Bidadi, Bengaluru surrounding an ancient banyan tree that radiates the space of Sadashiva. Stone by stone, he built his infrastructure. Soul by soul, he attended to his devotees. In the beginning, he went from hospital to hospital healing people of whatever diseases they have. Now, thousands of people come forth with their stories of how Paramahamsa Nithyananda made a tumor disappear or made them walk out of bed for the first time after 30 years. Paramahamsa Nithyananda, who has now traveled all over the world from Cambodia to the United States of America establishing centers, is reviving the Shuddhadvaita Saivam tradition with the Nithyananda Sampradhaya.

His unique and most powerful contribution to the world is the science of manifesting shaktis From the space of oneness this process unlocks, disciples express powers such as levitation, teleportation, materialization and even accessing the cosmic archives and presenting seekers with answers about their past, present, and future. The expression of power has no loophole. People who manifest carry no stress or tiredness underneath their eyes. They simply radiate not only these powers but also a defining grace and winning smile that identifies a devotee of the guru, Paramahamsa Nithyananda. By doing what no one else can do, much less the guts, he establishes himself as a leader whose only competition is himself.

Paramahamsa Nithyananda has become a leader of a civilizational war, audaciously paving the way toward the goal that he envisions. He continuously targets the hypocrisies of our society and carves them out of our individual lives. Despite the attacks any anti-Hindu force makes, he sculpts, scraps, and tears away the dirt and poison until he reveals the deities underneath.

Among official Hindu institutions, he has been coronated as the spiritual head of the oldest apex of Hinduism~ the Maha Nirvani Akada. With this highly distinguished role among Hindus, he brings them to the global front, spreading awareness of the intellectual Kurukshetra going on worldwide. He emphasizes the unity and strength that is required at this time to maintain the glory we once had and give the world as much as we have to offer. 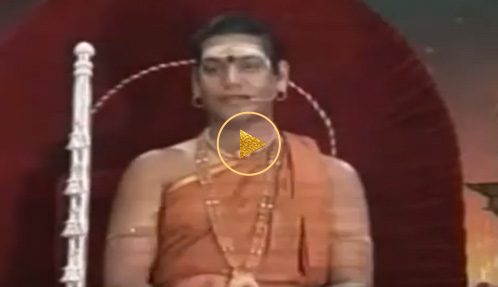 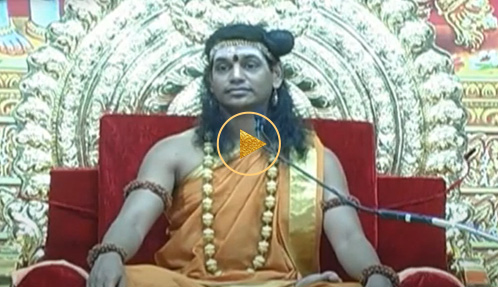