Bhagawan elaborates on the beautiful foundation book of Kailaasa, direct words of Paramashiva to Devi Parashakthi on enlightened civilization and Hindu nation. In 129 chapters of Sri Samrajya Lakshmi Pitika from Akasha Bhairava Tantra, Paramashiva reveals detailed accounts manual for the Emperor for the welfare of the nation. He provides unimaginable details on everything required to administer and rule a Hindu nation - constitution, rules to be followed, preparing princes and princesses as rulers, the lifestyle of ministers and other sections of society, workings of each department, puja, how to build forts and more. Swamiji reveals that Kailaasa exists inside the Kailaasa hill in Tibet, inside Arunachala hill in Tiruvannamalai, and the Tirupparankunram Hill in Madurai. Swamiji provides Shastra Pramanas, Apta Pramanas, and His own Atma Pramana and reveals that it is the mapping of this Enlightened civilization on planet Earth from the core foundation of Oneness that is the Hindu Nation. Swamiji ordained that going forward this is a mandatory subject in Nithyananda Gurukul to prepare Princes and Princess to run an enlightened civilization.

Have a glimpse of the classes on Samraja Lakshmi Pithika 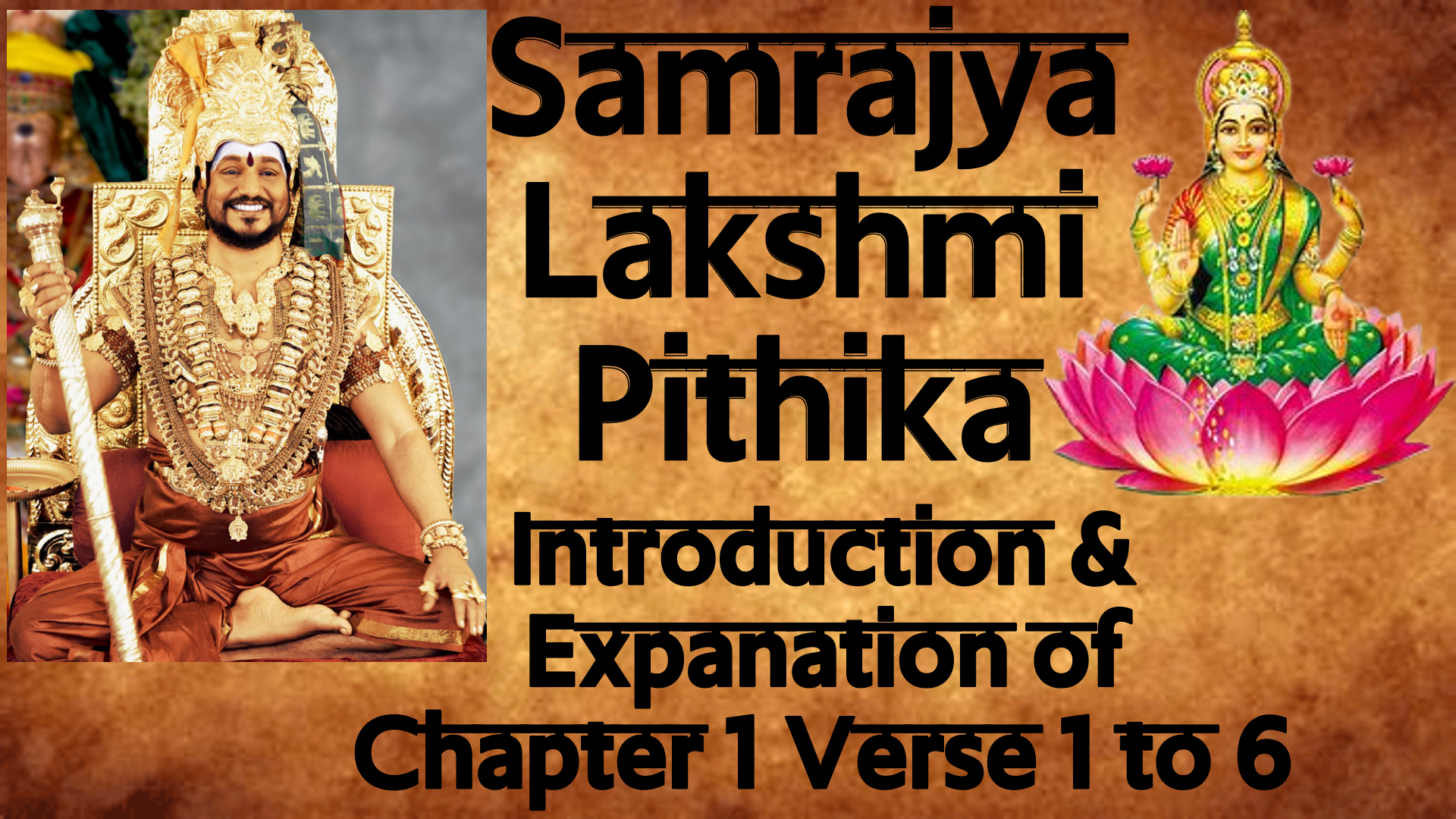